A report published by the U.S. Census Bureau in November 2014, based on the 2013 American Community Survey (ACS), indicated that only 75.6% of Missourians live in households with high-speed Internet use. This figure puts Missouri slightly below the national average of 78.1% and ranks the state fourteenth lowest in high-speed Internet adoption. Additionally, when examining high-speed Internet use within metropolitan areas, several Missouri cities exhibited adoption rates well below the national average of 78.1%. These include St Joseph, Cape Girardeau, Springfield, Joplin, and Jefferson City, which all had adoption rates of less than 73%. 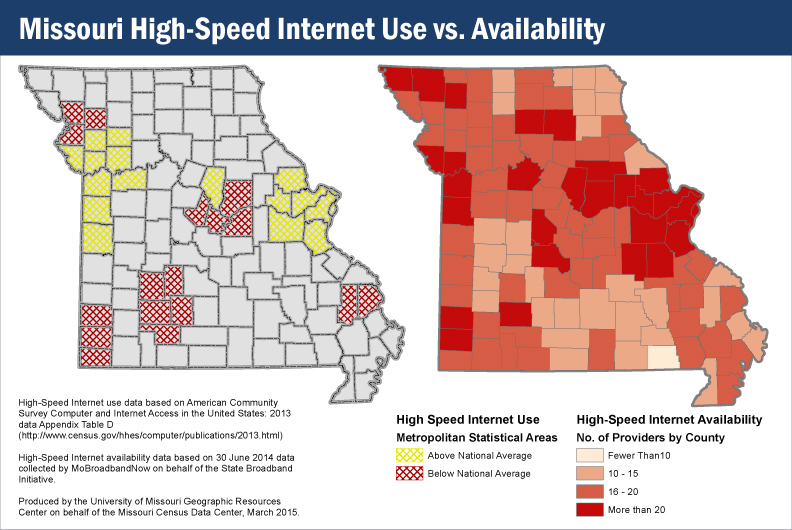 Although there is no reason to doubt the numbers from the US Census Bureau, it does paint a somewhat incomplete picture of the current state of high-speed internet availability in Missouri. The report focuses on the at-home use of high-speed Internet, rather than availability. This is an important distinction since, based on multiple years of data collection for Missouri’s State Broadband Initiative, evidence suggests that most, if not all, Missourians do have access to high-speed connections from multiple wired and wireless providers.