In March 2015, the U.S. Census released the 2013 data collected by the Small Area Health Insurance Estimates Program (SAHIE). The SAHIE data is a valuable reference that provides annual estimates of health insurance coverage for every county in the United States. That year, MCDC published a map showing insurance coverage rates for Missouri counties. The 2013 SAHIE data was of particular interest, as that was the last round collected before the first enrollment period of the Affordable Care Act (ACA, or “Obamacare”).

More than five years have passed since the Affordable Care Act was enacted, and we now have an opportunity to compare rates of uninsured persons across Missouri between 2013 and 2018. These two maps both use SAHIE data and the same value scale. (Note that the 2013 map shown here differs slightly from the one we published in 2015. This is due to a different classification scheme, but the underlying data is the same.) 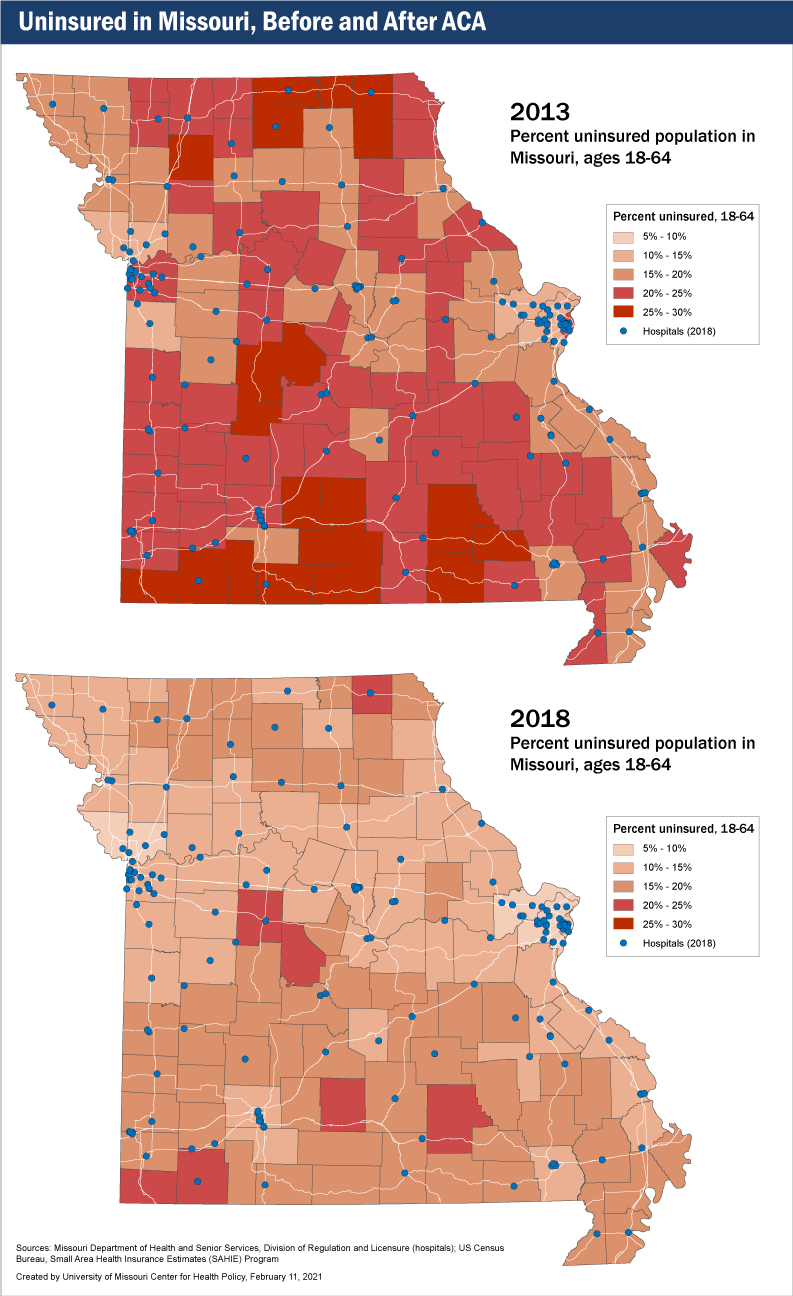 Taking a look first at the 2013 map, we can see that the percentage of uninsured working adults aged 18-64 in Missouri ranged from a low of 11.6% in St. Charles County to a high of 29,3% in Knox County. All counties in the state had an uninsured working population of 11.6% or greater.

More significantly, the number and rates of Missouri’s most-uninsured counties have gone down substantially. In 2013, there were 20 Missouri counties where more than a quarter of the adult population were uninsured. By 2018, there were none.

Despite the differences in uninsured rates over the five-year period, one thing hasn’t changed much: The number of hospitals. In fact, between 2013 and 2018, the number of Missouri counties that lack a hospital increased from 41 to 46, according to the Missouri Hospital Profiles By County list, maintained by the Missouri Department of Health and Senior Services (DHSS).

In addition, the DHSS list of hospitals does not include smaller facilities such as rural clinics, which can better serve a rural population with higher insured rates.

One of the most significant changes to daily life that we’ve seen from Missouri’s response to the Coronavirus is the closure of many public school systems. While no state-level order has been put into action, cities and counties from across Missouri have closed their doors and moved to online education. This, in turn, has brought the topic of childhood food insecurity to the forefront of many discussions across Missouri.

This web map, designed by the Missouri Spatial Data Information Service (MSDIS), illustrates the percentage of children, by county, who are faced with such a challenge. With schools now closed for an unknown amount of time, it is more important than ever to keep the reality of childhood hunger in mind. 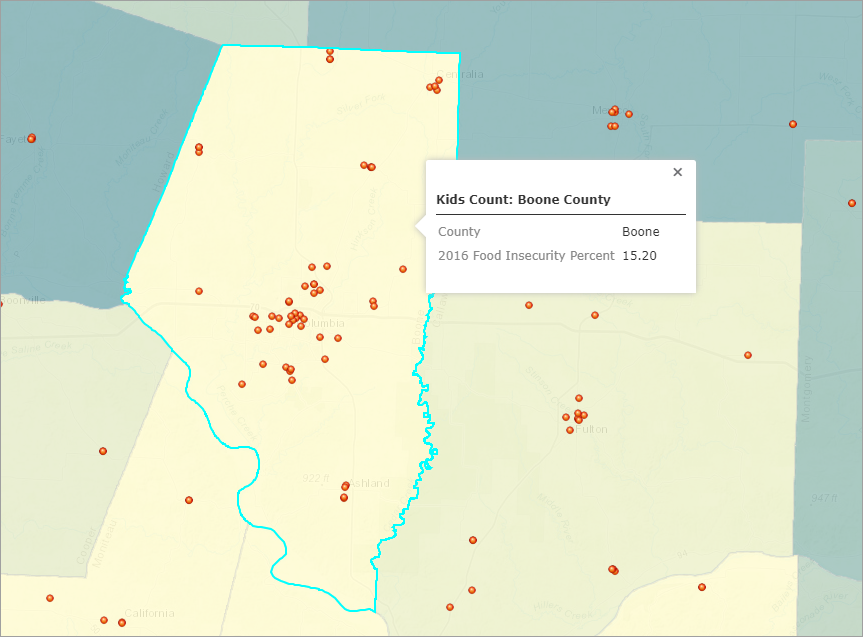 As the Coronavirus becomes a global threat, older Missourians are increasingly at risk of contracting this potent disease. This web map, designed by the Missouri Spatial Data Information Service (MSDIS), features county-level demographic data from the Missouri Census Data Center that highlights Missouri’s over-60 population, as well as several datasets from the Missouri Department of Health and Senior Services that highlight some of the healthcare resources that are available to them. 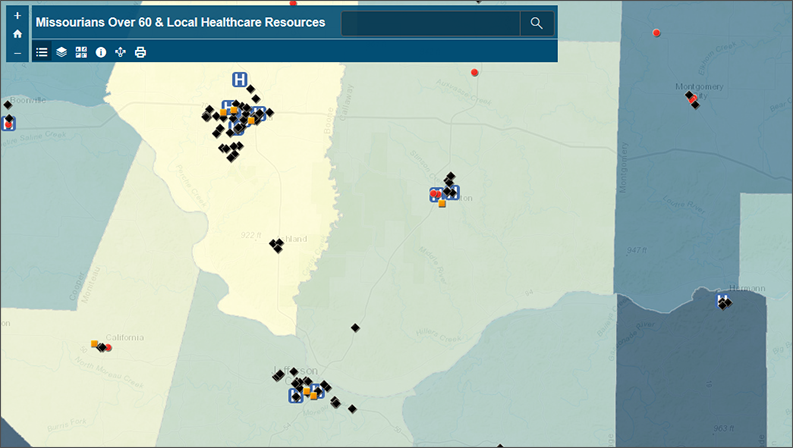 2020 will be more than just another new year in the United States. In addition to marking the beginning of a new decade and heralding another presidential election, 2020 will bring with it another decennial census.

What is the census, though? And why is it so important?

Our colleagues at the Missouri Spatial Data Information Service built a story map exploring the 2020 Census and its consequences for Missouri. 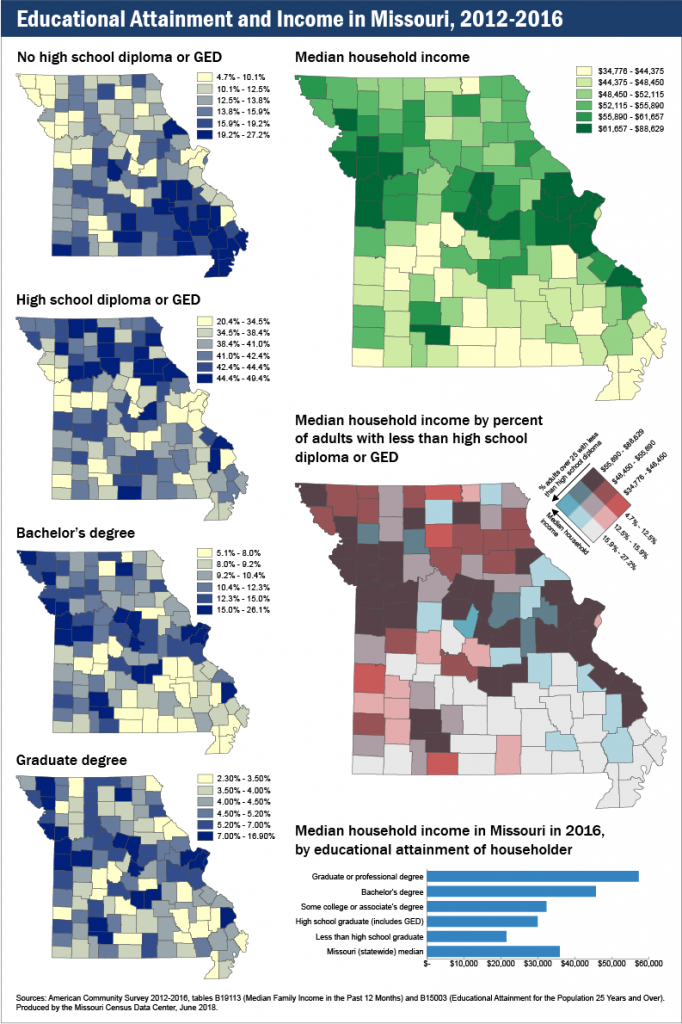 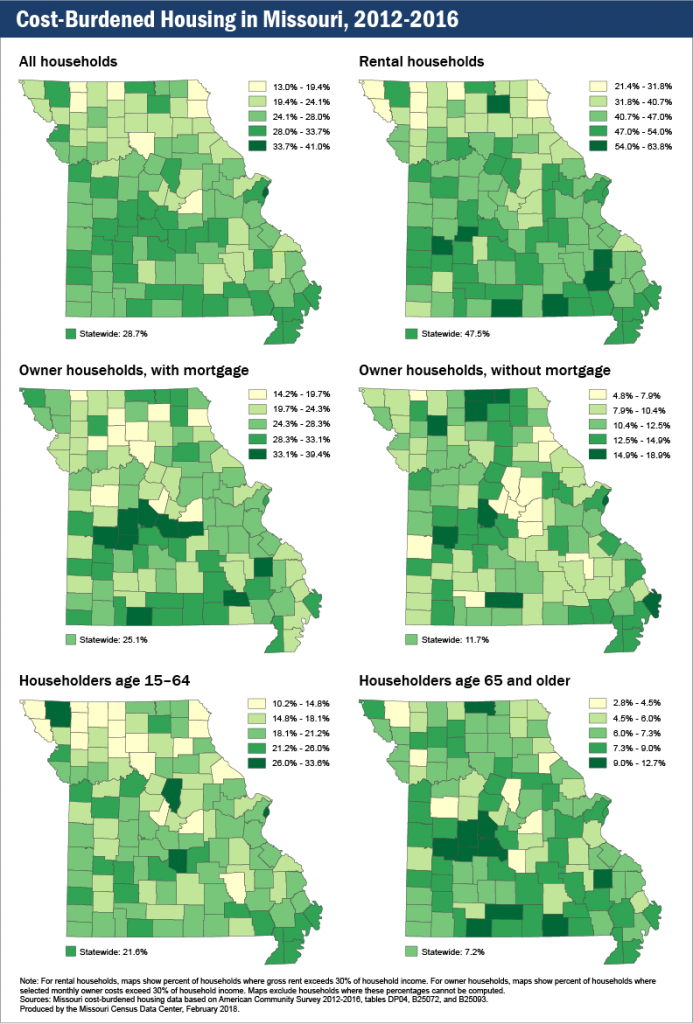 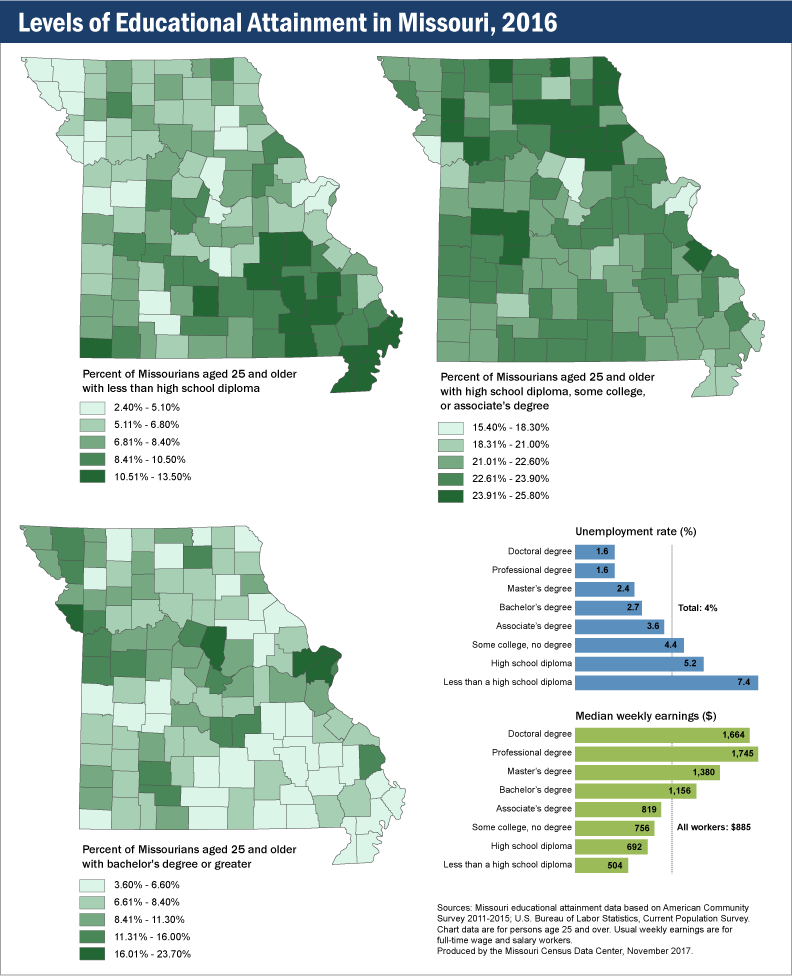 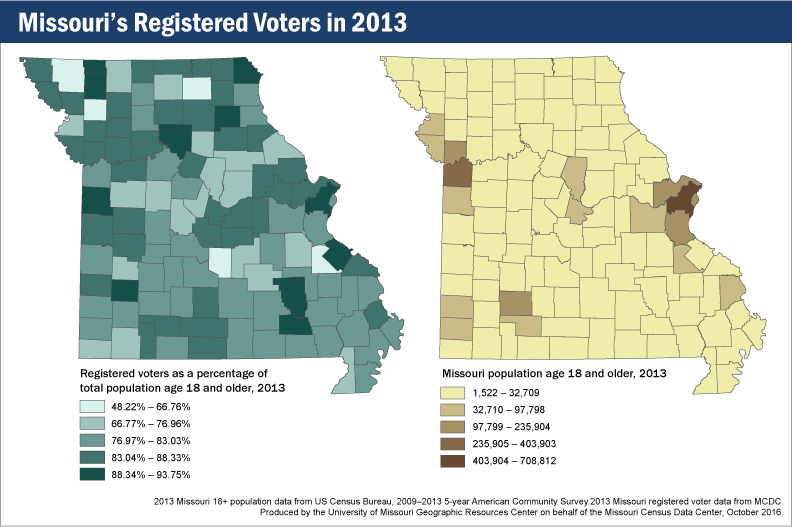 Missouri appeared in the middle range in the majority of the featured national statistics when compared to the other states. Specifically, Missouri had 479,828 veterans, with over 35% of those serving in the Vietnam Era. Nearly 50,000 of these veterans owned their own business, and 5.7% were unemployed. The median household income for veterans in Missouri was $54,311.