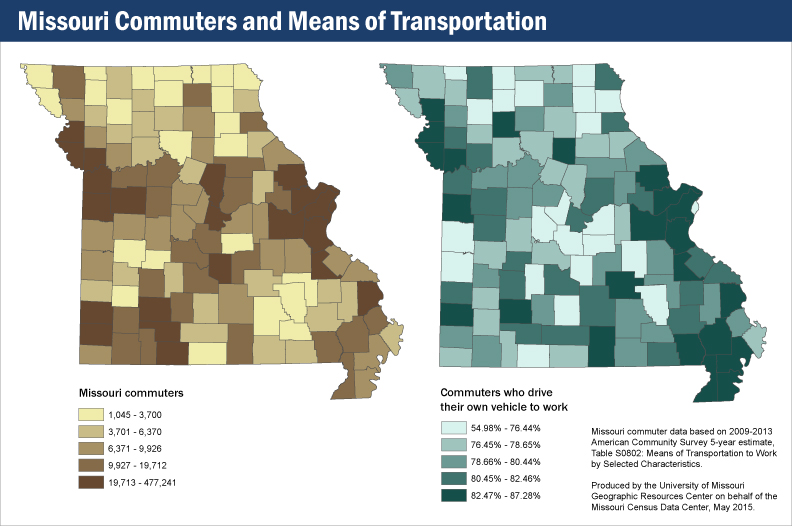 The results of these studies are interesting to see on paper, but may not be that surprising to Missouri residents. Being a large, mostly rural state, Missouri simply does not have the same potential for the use of public transportation networks that the smaller, more urbanized states of the Northeast do. That said, not all Missouri commuters drive to work by themselves in their own car or truck. According to the 2009-2013 American Community Survey 5-year estimate of Means of Transportation to Work By Selected Characteristics table (S0802), although the majority of Missourians do drive themselves to work, that behavior tops out only at 87%, and only in two counties — New Madrid and St. Charles. Of the estimated 142,895 commuters in St Louis city, on the other hand, only 71% were believed to drive themselves to work. The lowest rate of commuters driving themselves to work in Missouri was estimated (perhaps unsurprisingly) to be in Pulaski County, at a mere 54%.