According to U.S. Census Bureau estimates released this week, the poverty rate for school-age children increased in 928 U.S. counties between 2007 and 2013. Fifteen counties showed a decline in poverty rate over the same period, and there was no statistical change in 2,199 counties. 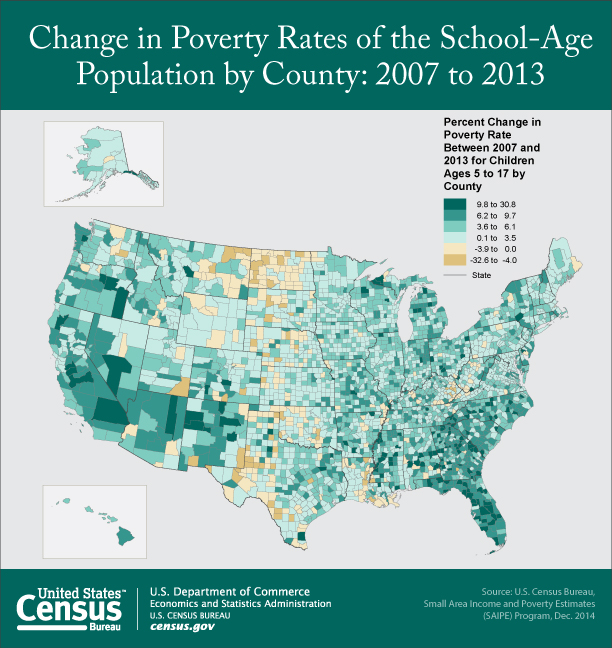 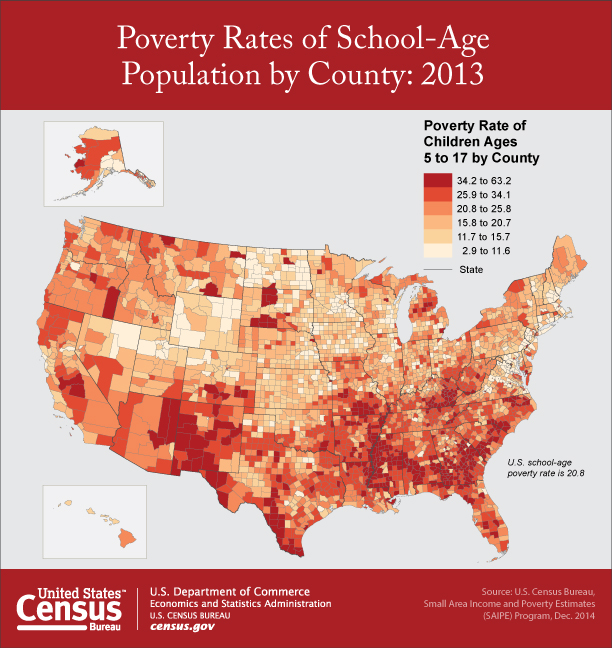 The official poverty statistics for the nation were released in the fall of 2014, showing a decline in the poverty rate for children under age 18 from the previous year for the first time since 2000.

About the Small Area Income and Poverty Estimates

This release also includes 2013 Small Area Income and Poverty Estimates (SAIPE): An Overview, which presents income and poverty trends and explains the sources and approach.

Statistics from the SAIPE program are an input to the allocation formula for Title I of the Elementary and Secondary Education Act, which observes its 50th anniversary in April 2015. Title I distributes funding to school districts based on the number and percentage of low-income children. The U.S. Department of Education will use the 2013 estimates to allocate fiscal year 2015 funds for Title I and other Department of Education programs to states and school districts for use primarily in the 2015-2016 school year.

These findings are contained in the Census Bureau report The Supplemental Poverty Measure: 2013, released with support from the Bureau of Labor Statistics and describing research showing different ways of measuring poverty in the United States.

The supplemental poverty measure is an effort to take into account many of the government programs designed to assist low-income families and individuals that were not included in the current official poverty measure, released Sept. 16.

While the official poverty measure includes only pretax money income, the supplemental measure adds the value of in-kind benefits, such as the Supplemental Nutrition Assistance Program, school lunches, housing assistance, and refundable tax credits. Additionally, the supplemental poverty measure deducts necessary expenses for critical goods and services from income. Expenses that are deducted include taxes, child care and commuting expenses, out-of-pocket medical expenses, and child support paid to another household.

For more information about the supplemental poverty measure and how it differs from the official measure, see the U.S. Census Bureau’s blog post about this release. 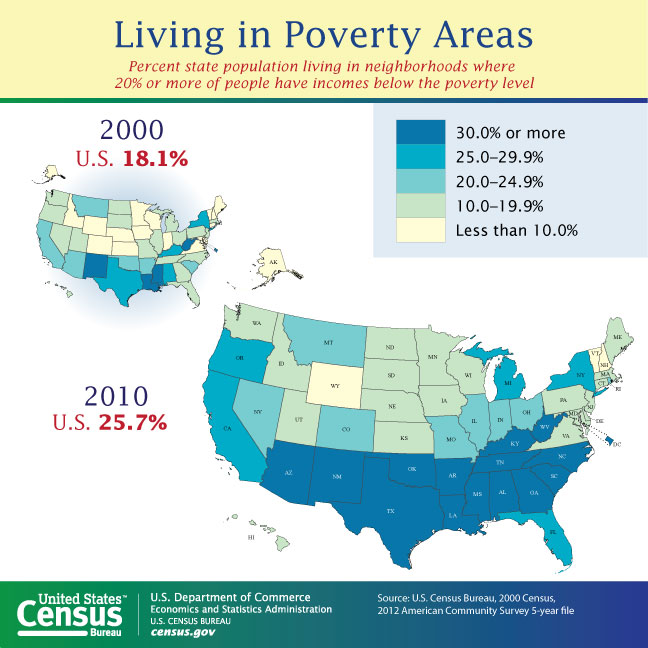